Antioxidants and Their Measurement

Antioxidant Assays: How Do They Compare

While molecular oxygen is essential for a wide array of organisms, O2 and reactive oxygen species (ROS) can be toxic. Therefore, humans and other organisms that utilize oxygen must have very effective antioxidant systems. Indeed, the antioxidant capabilities of higher organisms are due to the sum of enzymatic and non-enzymatic mechanisms. These include hydrophilic (uric acid, vitamin C, bilirubin, glutathione) as well as hydrophobic (most importantly vitamin E) antioxidants as well as several enzymes that either directly metabolize ROS (e.g. superoxide dismutase and catalase), or replenish the supply of reduced ROS scavengers (e.g. glutathione reductase). 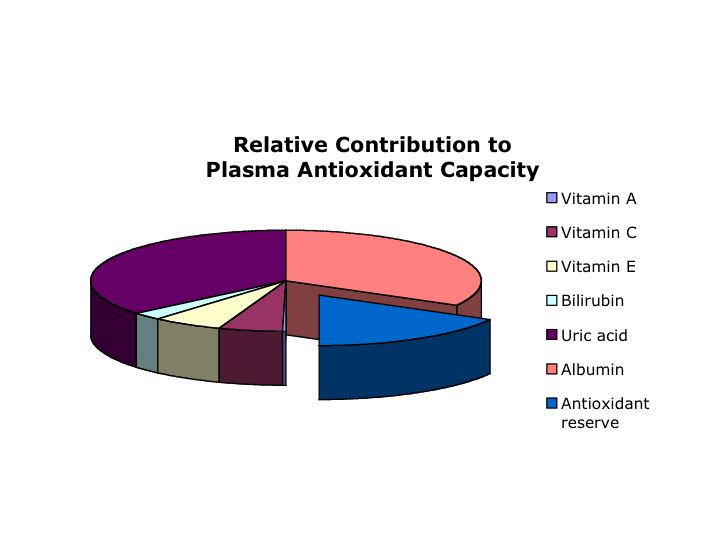 Antioxidant capacity is influenced by a wide range of factors. It is therefore important to be able to quantitatively assess the total antioxidant power or capacity within biological specimens. Over the years, a number of assays purporting to measure total antioxidant power have been reported. However, most of these have significant limitations.  In 2003, a new method simply called the Total Antioxidant Power (TAP) assay was patented. This method, which is available exclusively through Oxford Biomedical Research, overcomes most of the problems that have been identified with other antioxidant assays and has been widely adopted for in vitro and in vivo studies in many laboratories.

First, it is appropriate to briefly summarize the pros and cons of the antioxidant assays that were developed previously.

TEAC: The Trolox Antioxidant Capacity assay can be used to measure antioxidant capacity of hydrophilic substances, but suffers from interference by peroxidases and nonlinear results upon sample dilution.

TRAP: The Total Radical Trapping Antioxidant Parameter assay was modified in 1995 to correct for interference due to plasma proteins or sample dilution. While it is fast and convenient, it is not clear to what extent lipid-soluble antioxidants contribute to the values obtained and does not measure the ability of plasma to interfere with lipid peroxidation due to the azo compound (ABAP) used in the assay.

FRAP: The Ferric Reducing Ability of Plasma assay  is responsive to uric acid but does not adequately measure the antioxidant activity of many important antioxidants such as ascorbic acid, glutathione and albumin. The assay further suffers from low precision.

ORAC: The Oxygen Radical Absorbance Capacity assay is a simple, and reliable way to measure the peroxyl radical absorbing capacity of serum or other biological fluids. The meaning of the ORAC index is less clear. For the most potent ROS it provides results comparable to TRAP. However, for less reactive ROS the results obtained correlate better with other methods.

TAP: The Total Antioxidant Power assay quantifies the combined action of all antioxidants present in the sample capable of reduction of Cu2+ followed by formation of a stable Cu+-bathocuproine complex that can be quantified at 480 nm. The redox potential for this reaction is ideal for the accurate determination of the combined antioxidant activity in a specimen that results from all of its constituents including vitamins, proteins, glutathione, uric acid, etc. Although introduced relatively recently, this assay has already been applied to a wide range of biological systems  and is proving particularly valuable for reproducible, reliable and convenient for studies of human body fluids.  This assay provides very reliable results. However, certain pathological conditions may unduly influence the results. For example, in diabetics, uric acid exhibits pro-oxidant activity. In these patients, pre-incubation with uricase allows for quantification of the true antioxidant power. Thus, used appropriately, the TAP assay can be used to reliably quantify the total antioxidant activity of a wide range of specimens. These include physiological fluids as well as food and beverage products. 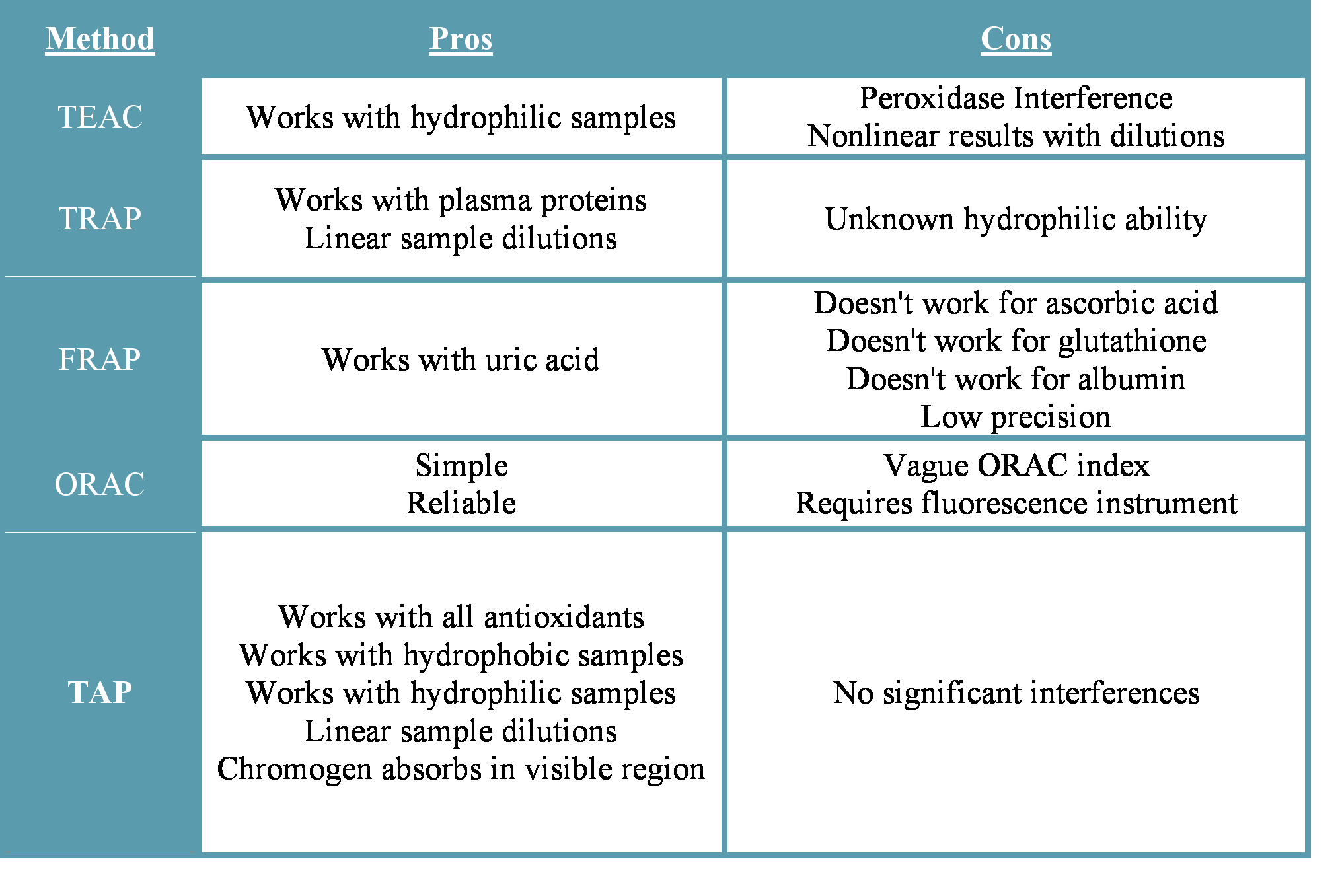 We provide biomedical researchers with the best tools available for the analysis of Oxidative Stress and Chronic Inflammation – two of the most important risk factors that play key roles in the development of a wide range of human illness, including cancer, cardiovascular disease, diabetes and neurodegeneration.